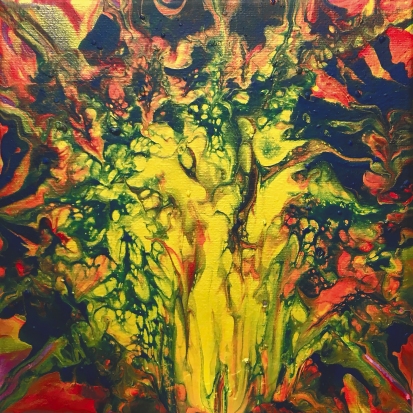 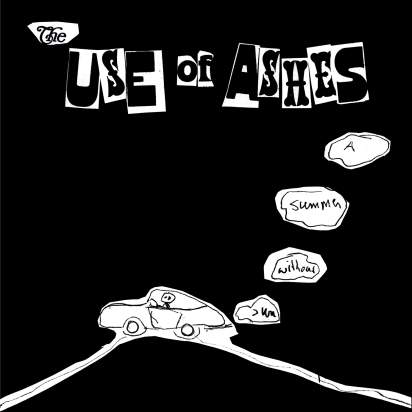 It’s been nearly a decade that we welcomed a new studio album by our cherished The Use Of Ashes. Flake Of Eternity (2012) was the last installment of the White Nights trilogy that borught us The Hand Of Tzafkiël (2008) and Glowing Lights (2009). The four piece band consisting of Simon and Peter van Vliet, Maarten Scherrenburg and Pascal van de Pol released a beautiful take on Pink Floyd’s early days as a Record Store Day release (Pink Ashes, 2015) and recorded an album with Astralasia entitled Astralashes (2017).

2018 and 2019 saw them reviving their roots as Mekanik Kommando with a tour in support of a well deserved reissue of the band’s It Would Be Quiet In The Woods If Only A Few Birds Sing.
We are honoured to bring you Burning Gnome. 12 tracks clocking in at little over thirty minutes – a simple nod to the 60s that are omnipresent in the band’s music. The album’s artwork is a piece of work by Frans Janssen. Burning Gnome is available now from all streaming platforms including iTunes, Deezer, Spotify and Tidal.
A CD edition (300 copies) will be out on August 28, coupled by a very limited (200 copies) 7inch single for A Summer Without Sun / Tomorrow Never Knows. Available now for pre-order at our store.
Check out the single A Summer Without Sun on YouTube: https://www.youtube.com/watch?v=T0vHyOkMNwI
“An extremely eclectic neo-sixties album” (Peter Bruyn, Lust For Life) ****